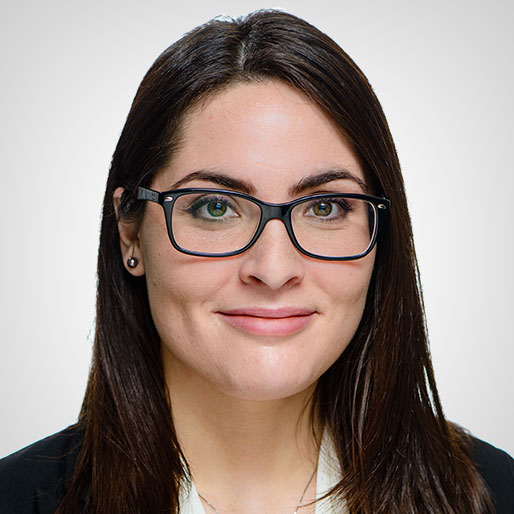 Gabrielle was born and raised in Winnipeg. She received her Juris Doctor from Robson Hall, Faculty of Law at the University of Manitoba in 2015 and graduated on the Dean’s Honour List. During her time at law school, Gabrielle volunteered and later worked for the Legal Help Centre of Winnipeg as a summer student. She also participated in two trial advocacy moot competitions – the national bilingual Laskin Moot, and the Solomon Greenberg Moot where she finished as a Top 8 Finalist. She articled with Manitoba Justice in the Legal Services Branch – Civil Law Division before joining Marr Finlayson Pollock LLP in 2017.

Prior to receiving her Juris Doctor, she began her university education at the Université de Saint-Boniface. She completed her undergraduate degree at the University of Manitoba where she received her Bachelor of Arts (Honours) majoring in political studies.

Outside of practice, Gabrielle is an avid reader of political philosophy and classical fiction and enjoys running and hiking in her free time. She is also language enthusiast with proficiency in French, Spanish and Italian.